Sometimes I am drowning.
Drowing from the waves of stardards I am to live by
Drowing for the critics, the lies, the persecution that the devil throws at me
Drowning for the thoughts of poverty I am trying to deal with
Drowing from the constant thoughts that I am not doing enough, good enough, or put to prayer enough.
The devil has a very strong grip... so does the world. And I am living in a place surrounded by both.

Exodus 2:10 " She named him Moses, saying I drew him out of the water"
Moses had a heart for the Hebrews but was too afraid, too insecure, too much under the waves to do something about it.

Exodus 2:22 "Zipporah gave birth to a son , and Moses named him Gershom, saying I have become an alien in a foreign land"

I was drawn up out of the water on February 16th 2011. I am living in a foreign land where the good Lord is leading me.
Something I have learned: God doesn't throw us in deep waters to drown us, only to cleanse us. The deeper the water the more present is the Lord.

And I am only a girl. A young girl trying to follow the Lord. A dropout, unorganized, insecure, and dating a man with a darker skin than me, type of girl. One like Moses that wants to help, but sometimes is to afraid to do it.

Sometimes I drown from the thought of the kids starving, the babies having to be born into a mess of a world. The phone calls I've been getting from worried haitians about the new misquito virus going around killing quickly. The girl that can't walk, the voodoo about to be planted behind my wall,  the money needed, the education needed, the God needed. I can't do it all.

And then I remember. Jesus had 12. He spoke to the crowds but he only had 12. He poured his heart into 12 young men. Unschooled, ordinary men who were trying. Just trying.
And as bad as we are, as mean as we are, as guilty as we are, he saved them. Jesus jumped into the water and saved them. He lifted them out of the water and said "oh my child, you are safe with me. It is ok that you called me a worm and no man. It's ok that you spit at me, threw insults at me and brutely killed me. It is ok. I still love you. And if you will let me, I will lift you out of the water. I will hold you in my arms and tell you its ok. Do the best that you can do. It's ok if they hurt you, it's ok if they insult you, it's ok if they kill you. Because I died for you. My feelings were hurt, the insults were painful, but on that cross I said forgive them, for they know not what they do." 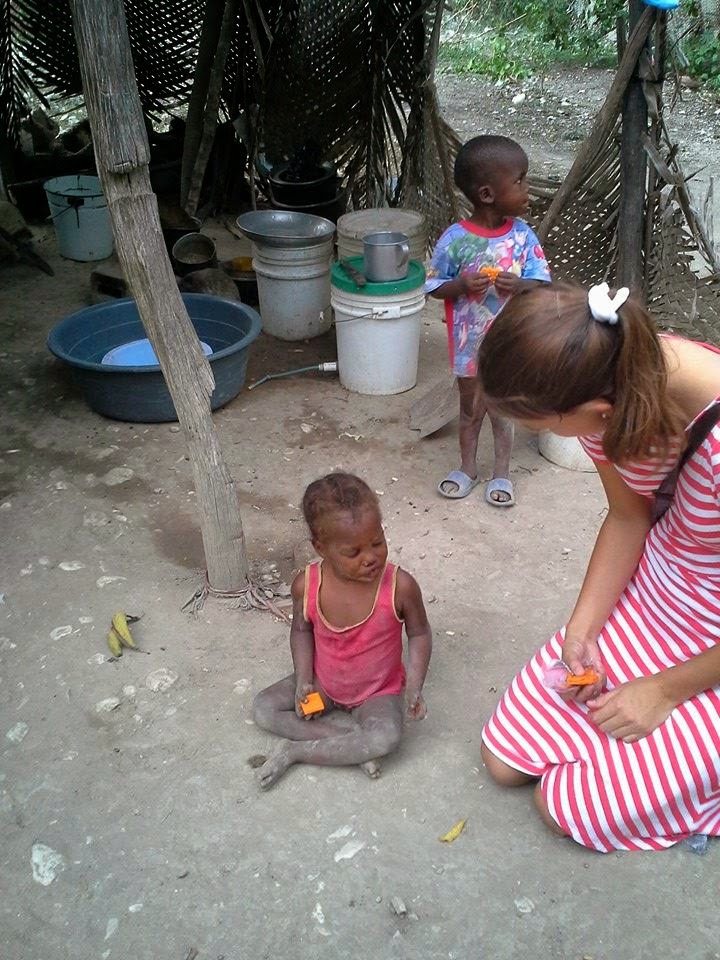 He makes Himself very least, no more status or opportunity than an easily overlooked infant in the slums where I spend so many hard hours. Very least so that He can commune with the very most desperate – you and me. He doesn’t mind that I am not ready yet and He doesn’t mind the wretched condition of my heart or the stench of my sin. God’s time is now and He enters into the mess, ready or not.
His perfect timing, now. Now is where He has called us. And we are just not ready yet. We need to clean up the house a bit and pray a little more and seek more counsel and we don’t know how to do that yet and oh, we have our excuses. And God says, “I’m here now, and I am ok with the mess because I am here for the messy.”
God doesn’t need us to be ready for Him; He has been ready for us since the beginning of time and the Messiah is here calling us to commune with the Holy One, to eat at His table."-  Katie Davis
The mess is only to cleanse us.
Sometimes they will worship other idols, they might not believe the manna will fall, or the water will come from a rock. They might not believe I will never get this home built, or will ever have the training to train up a child. They may not believe, but I will. Because I have seen it happen.
The waters will split, Pharoh will let the people go, and into the promise land we can eagerly await.
Noah was thought to be crazy, built an ark in the desert, everyone must of looked at him like he was insane. But the Lord directed him.
At a ripe old age, Sarah gave birth to a son. Which is thought to be impossible.
It took may tries to make Pharohs heart unhardened. But it was worth it.
Exodus 9:16 But I have raised you up for this very purpose, that I might show you my power and that my name might be proclaimed in all the earth.
Exodus 14:14 The Lord will fight for you, you need only to be still
Believe. And you will swim.
"Believing in the Jesus of the bible makes life risky on a lot of levels because it is absolute surrender of ever decision we make, every dollar we spend, our lives belong to another. And so that is relinquishing control in a culture that prioritizes control and doing what you need to do in order to advance yourself. The call of Christ is to deny ourselves and let go of our lives, to surrender everything we are, everything that we do, our direction, our safety, our security is no longer found in the things of this world. It is found in Christ" -David Platt
"It's easier to keep sleeping. Living different than the world will cost us something. So, how do we wake up from the American dream? I often feel myself being lulled back to sleep by it.
1) We stop comparing ourselves to other people
2) We commit to doing what God tell us to- when He says it.
3) We become wildly generous
---A generous person is always ready to spontaneously give to those in need. It is usually inconveinent and unplanned. It will probably cost us comfort, even pride. It won't be easy, or bring us pride.
This is Christianity.
But my life is proof that waking up is an open door to living wide awake. And that's so much better than a dream" - Kristen 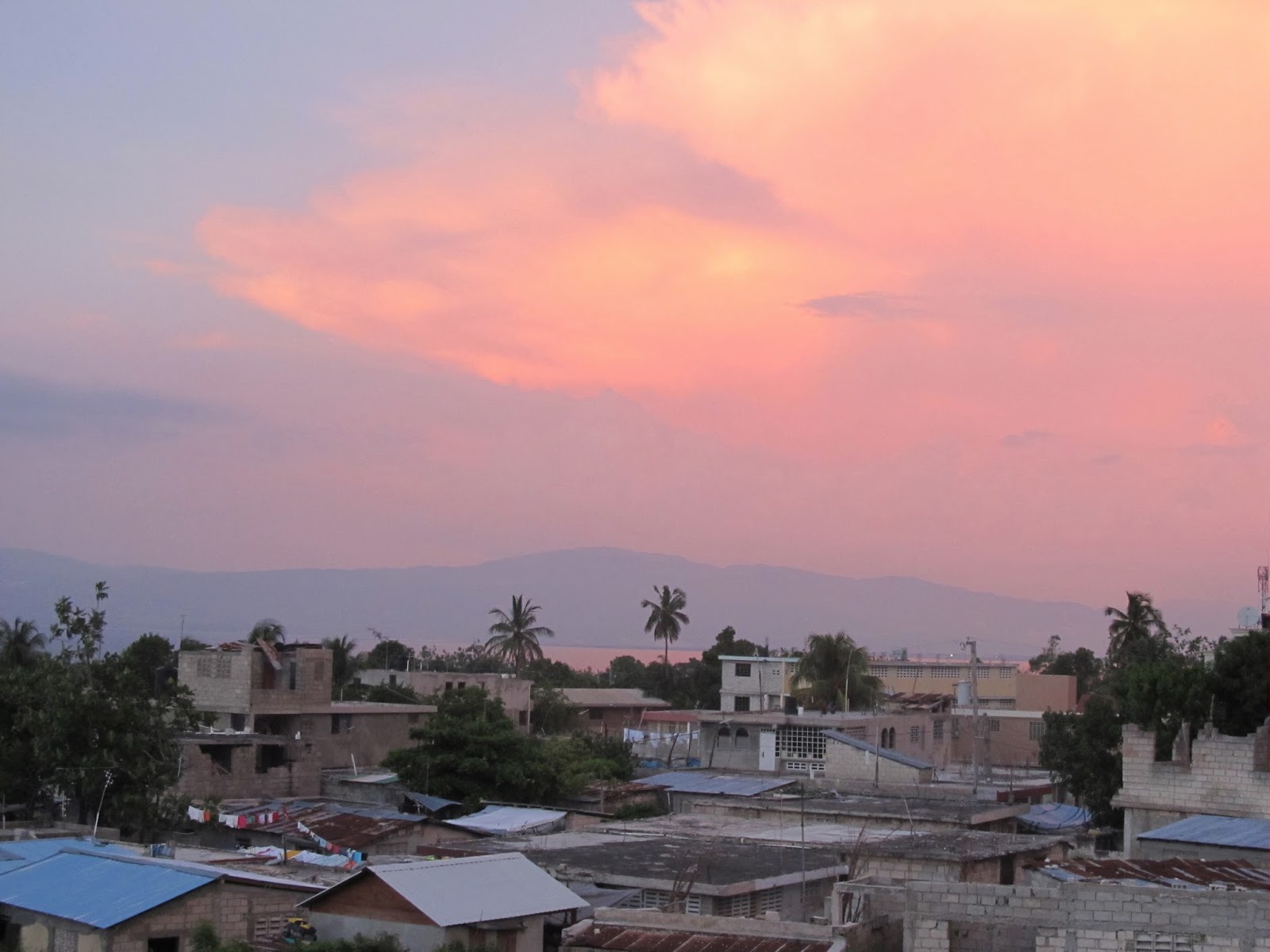 My name is Noldine and I live in Haiti.

I was born on August 13th 2011, I was a mistake.
Atleast that is how I feel. Most days I am left alone, in the dirt, hungry. I have some family but it is hard for them to take care of me. I am almost 3 and can not walk. My family has to walk far away to fetch water. Since I am crippled I am left alone. I can not talk but I think I know what they say.

I am a statistic. I might die before my 5th birthday and if I do not start walking soon, I will live my whole life being teased. Some people may think I can not walk because of voodoo. My hair is turning orange from malnourishment, my bottom is rough from the ground. I am sad. All I know how to do is cry. But sometimes I feel like no one hears me. I have no toys, no sippie cups, and no teddy bears. My clothes are in shreads and my belly hurts.
I am sad.
Sometimes I dream of a better life. A life where I can run and play. Where I can run into my mommys arms and tell her I love you. It is a dream.
I am grumpy. But do not judge me. I am only grumpy because of my circumstance. I have never seen happiness. I am lonely. I am sad.

I have one friend. She is only 8 months old, but is already trying to walk. Her legs are straight when she stands. Mine are crooked. She shares the dirt with me.
A white girl keeps coming to my house. I had never seen someone like that before so I use to cry everytime. She scared me. But she was nice. She would sit near me and talk to me. I thought maybe she would leave but she keeps coming back. She won't leave me alone.
She bought this pink thing and trys to make me walk. I started out not liking her. But she loves me. I see it in her eyes. She gives me food and buys me clothes.  I wonder why she cares.

She told my family she did not have much to give, but she could pray. She explained how amazing God was and how prayer could help me. I thought she was crazy. She was different, but so was I.
Her skin was light and mine was dark. I couldn't understand her words but she kept looking at me. She would smile, and I would roll my eyes. (I am very good at doing that!) Sometimes she brings over a friend. His name is Stanley. She tells me that he use to not be able to walk either, but now he does.
She likes the word miracle.

But all he does is take my crackers. But I still dream. Maybe one day i'll walk like him. Maybe, just maybe. The white girl brings over her other white friends a lot. One day I saw them all coming. I was sitting next to my friend. I quickly crawled away, and left my friend alone so the white people could get her and not me. I CRAWLED AWAY!! I do not know how I did it, but the white girl was so happy!
I smiled for the first time that day and I finally let her hold me.

Psalm 139:14
I praise you because I am fearfully and wonderfully made. 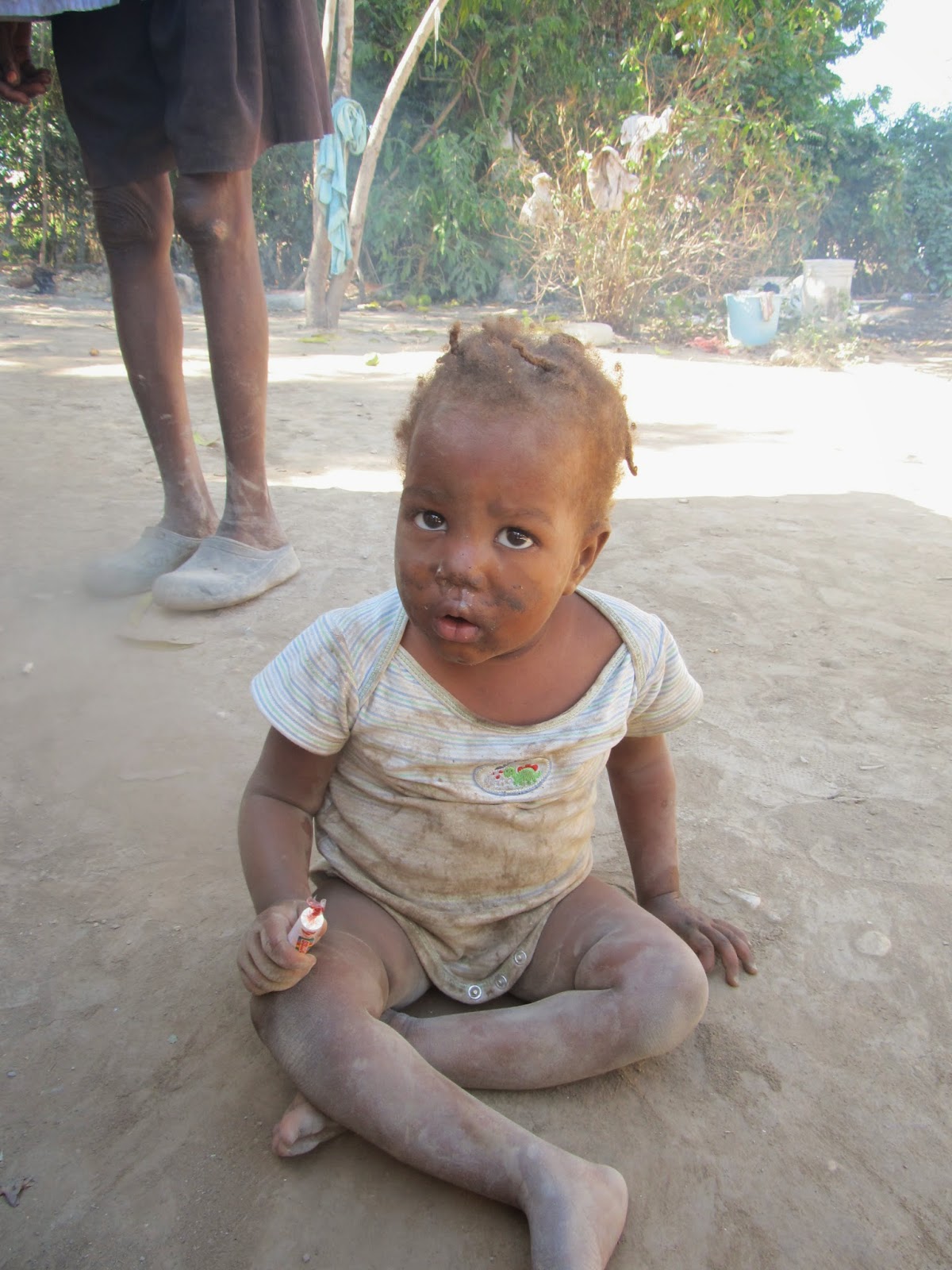 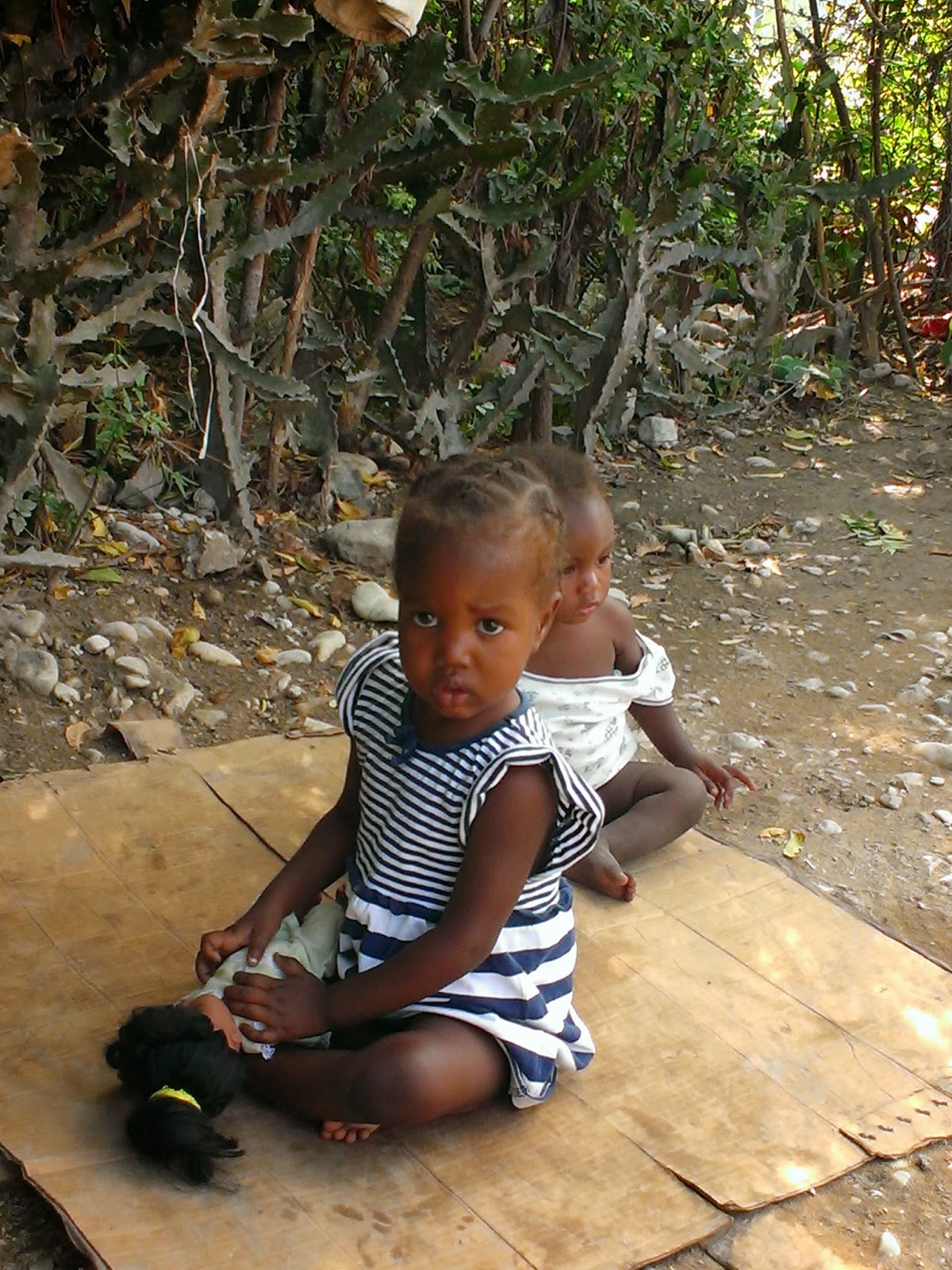 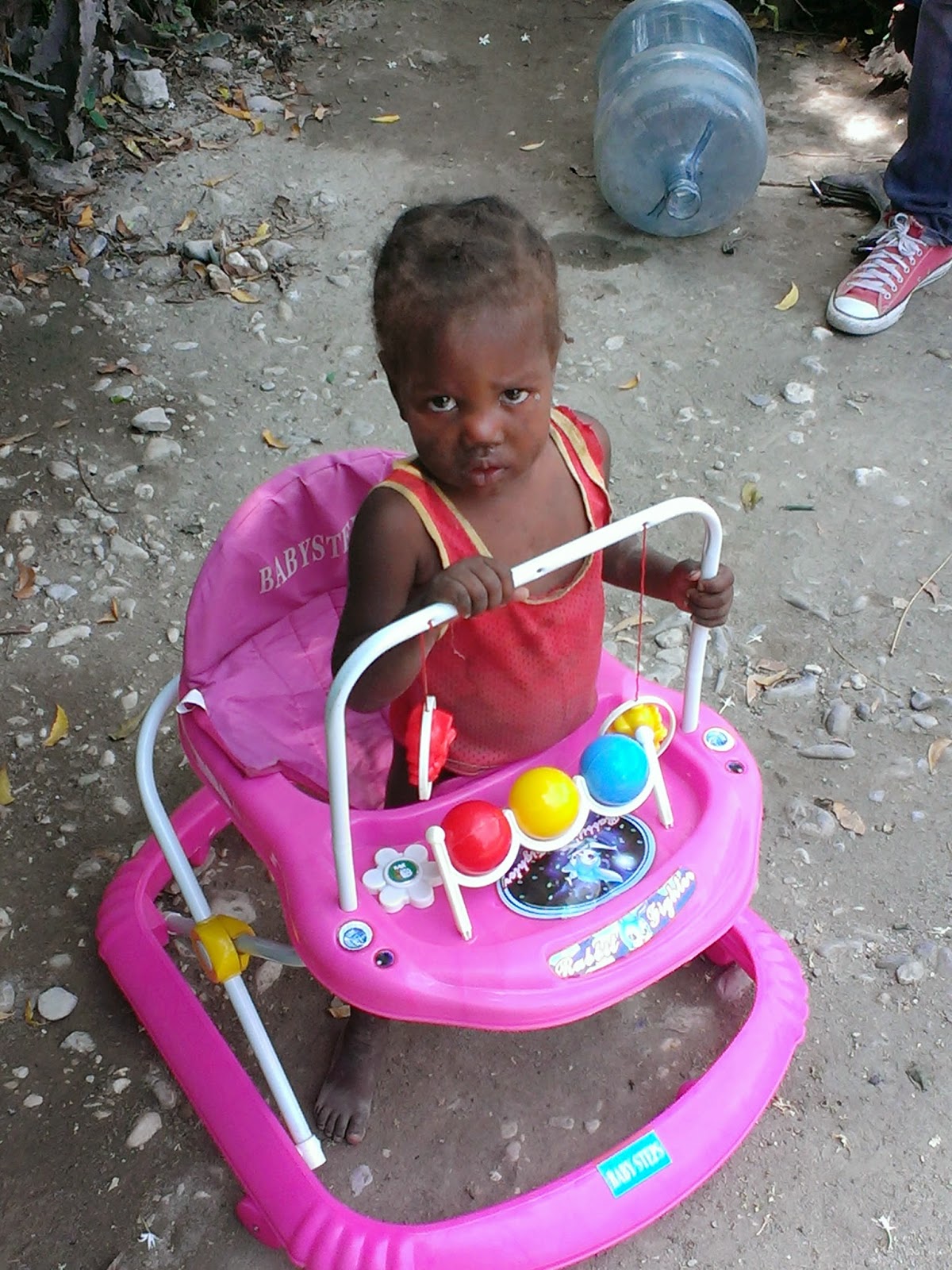 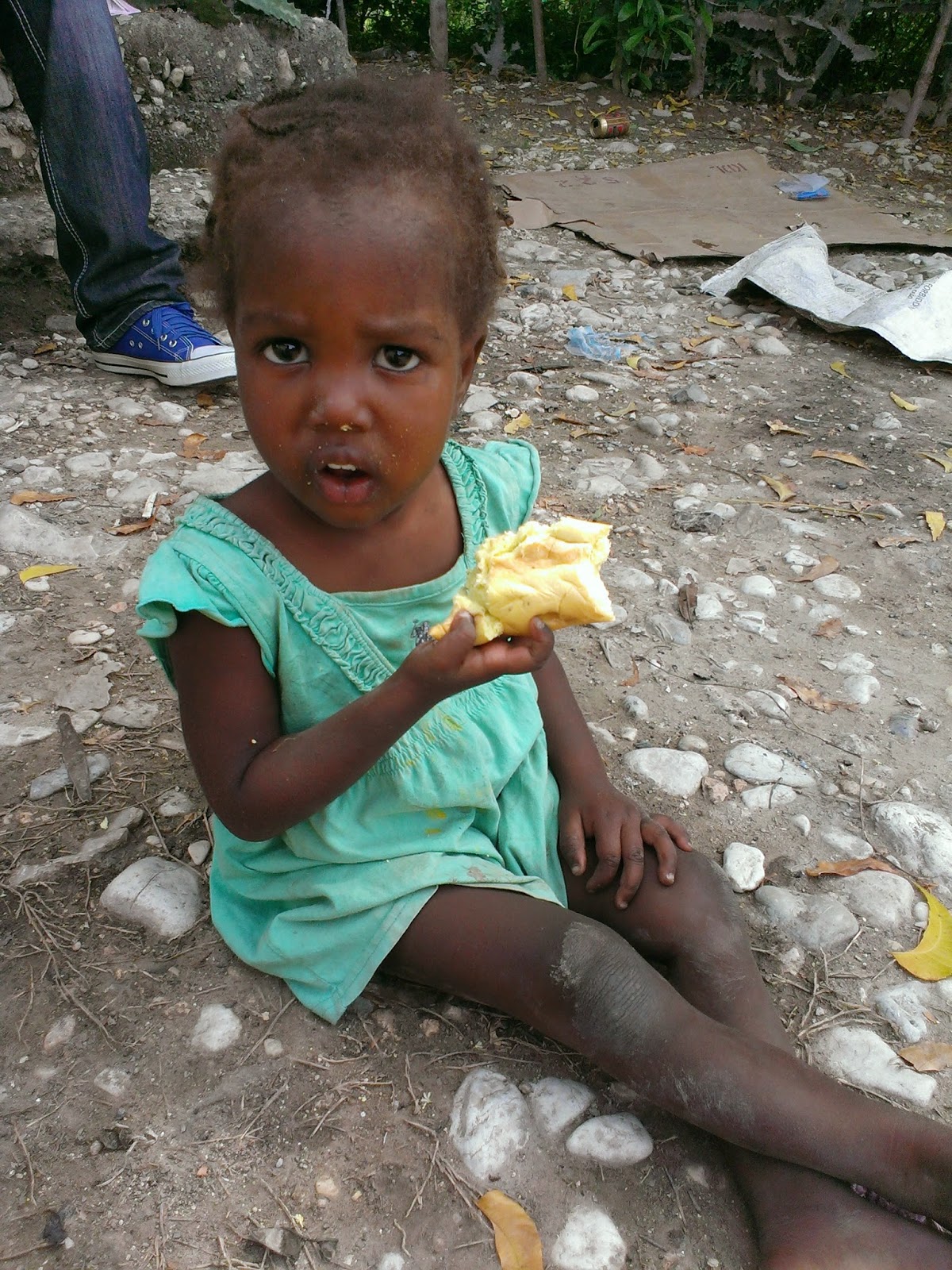